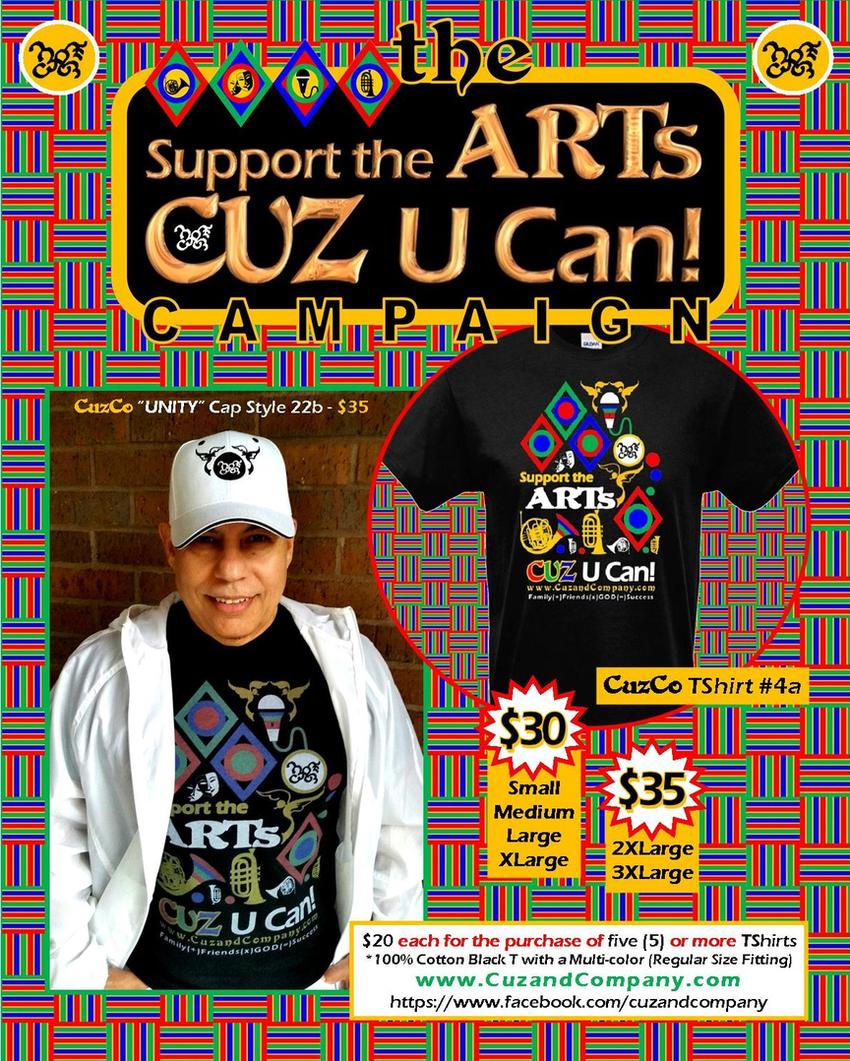 ​​CUZ & Company presents the "Support the ARTs, CUZ U Can!"  campaign.  This campaign will spotlight, celebrate and salute the creative individuals that use their "Artistry"(creativity) to inspire people and promote positive changes in our communities!  CUZ & Company has created a whole product line of  TShirts & Accessories to commemorate, "Support the ARTs, CUZ U Can!"

This campaign is a small tribute to my best friend, the late Danny Clark. He was a multi-talented performer, prolific choreographer and a compassionate instructor to the creative art of dance.  He felt that supporting and participating in the Arts was essential to the growth of one's humanity! Creating is a powerful gift from the Master Creator himself.  Creating is a way of communicating with GOD!  Creating is a form of communion with GOD's people!   Support the Arts because you CAN!​​​ 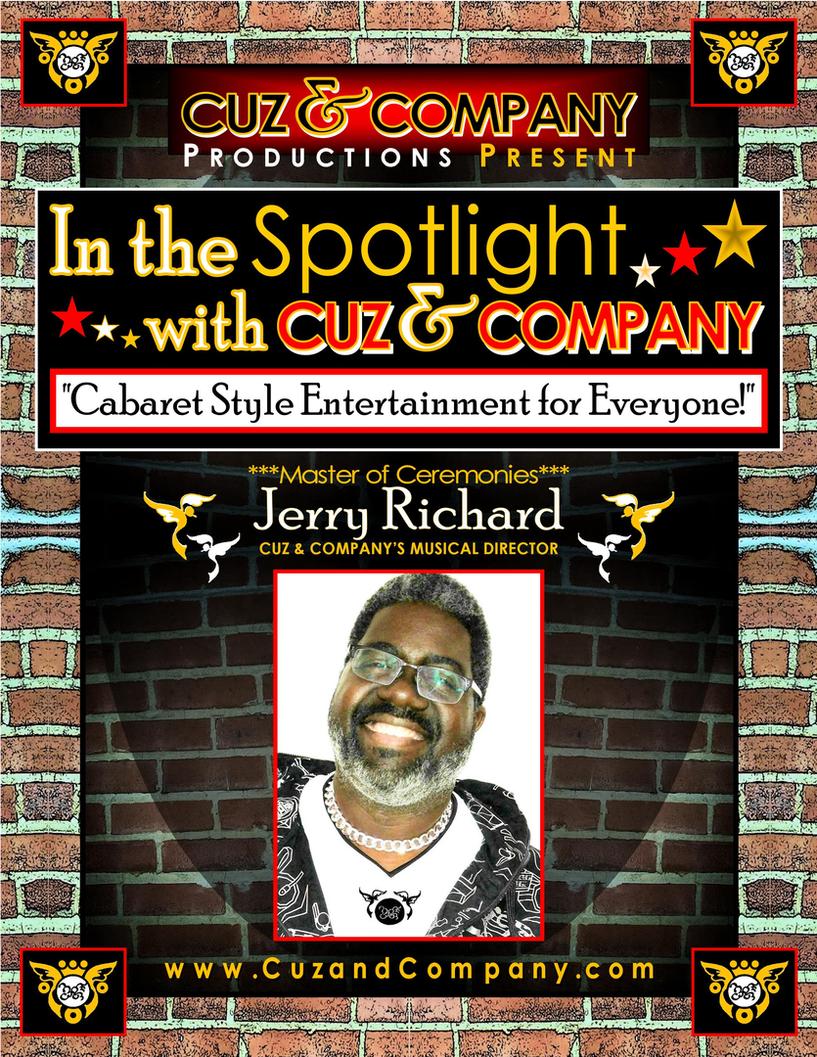 The 2004 “In the Spotlight with CUZ & COMPANY”
featured the original works and compositions
of these very talented artists:

*Go to CdBaby.com or click on the links below and sample some of  Jerry Richard's amazing music.

Two of the CDs listed below can also be downloaded on CdBaby.com.

​And some of the songs can be downloaded on itunes. 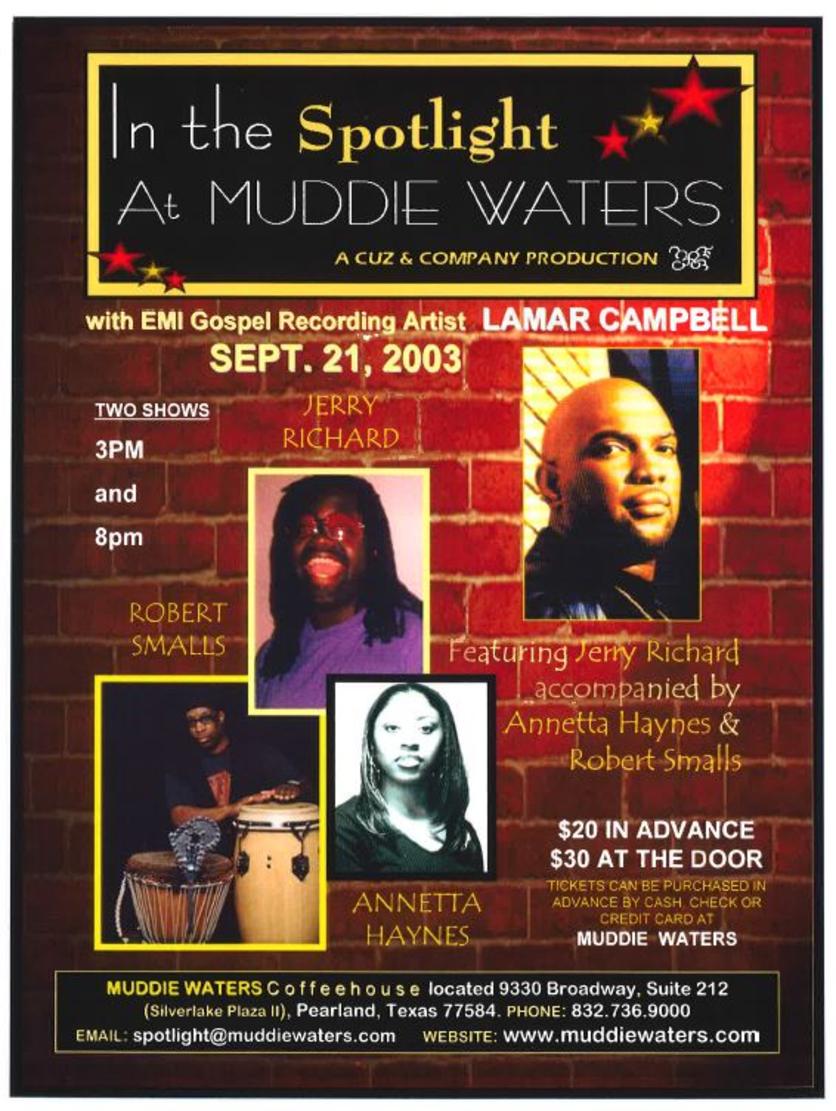 CUZ & Company Productions’ Mission Statement:
“Our mission is to cultivate professional and creative images for
independent musical and/or spoken word artists through
group performances and cross-promotion of artists’ products.

We strive to instill qualities of accountability and teamwork

between artists by developing the individual performer.

We are bringing artists together to help them to enhance their crafts!”

​Born and raised in Dallas, TX.   Jerry is a lover of music that moves the soul.

His performing background is in R&B, jazz, gospel and rock.

He supports the artist-centric philosophy of CUZ & Company, and works

to maintain that culture in his musical direction for each production.

Along with his work in CUZ & Company, he occasionally performs with

the acapella  group, IN UNITY and shares new and 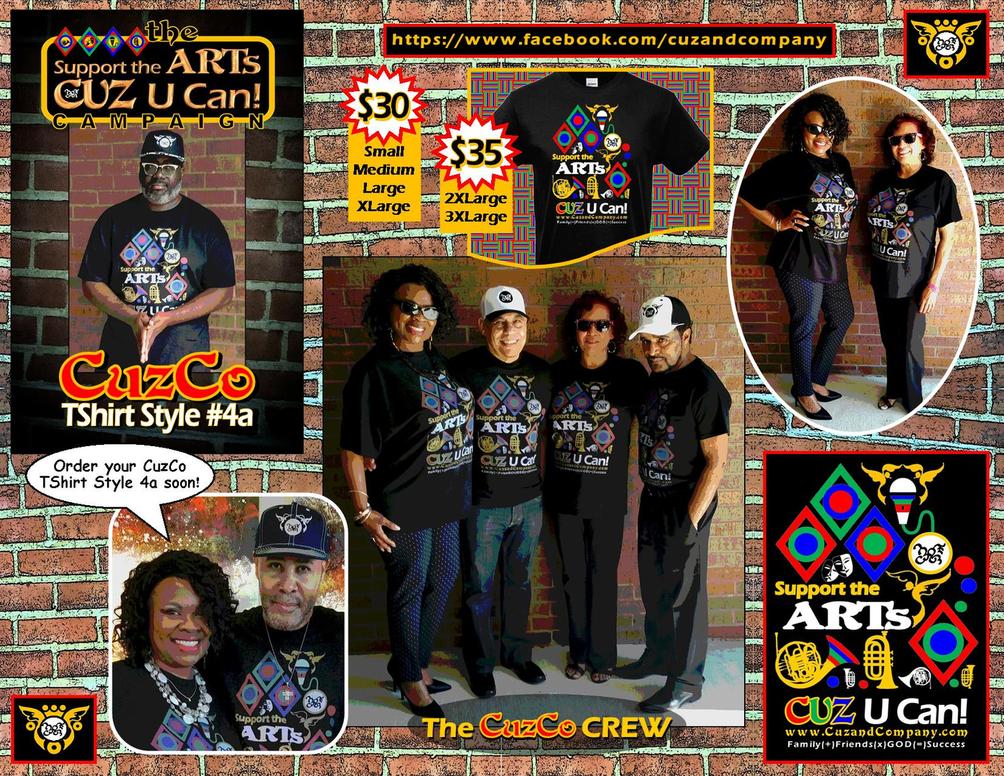 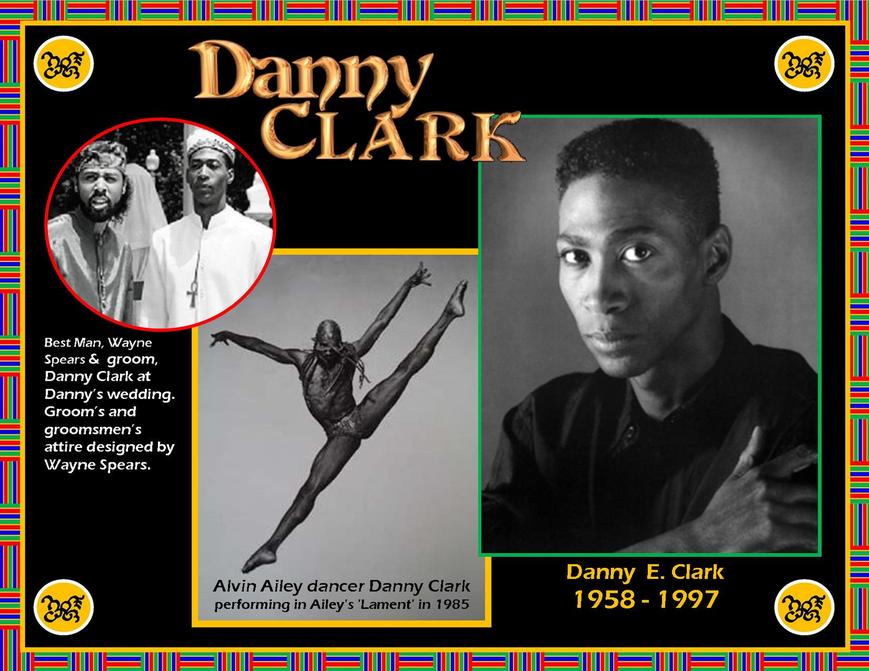 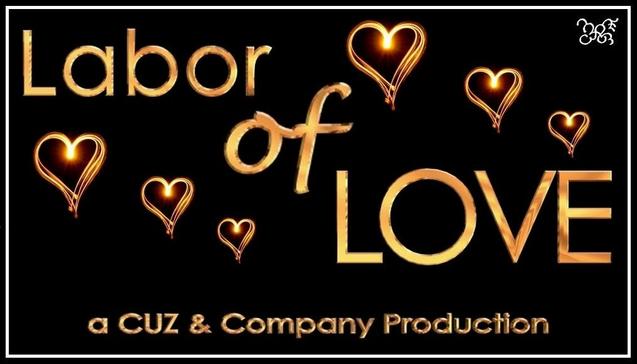 Danny E. Clark danced for 10 years with the Alvin Ailey troupe in New York, where he became a principal dancer. He appeared on television, in videos and in theaters around the country and in Japan. When Danny moved back to St. Louis, Missouri (his hometown), he became a regular performer with Atrek Contemporary Dance, Historyonics, the St. Louis Black Repertory Company and at The Muny.  One of Danny's favorite roles included Ranger, a soldier fighting the Nazis in the Black Rep's production of "The Ninth Wave," because the serious drama was a stretch for him. He also enjoyed the challenge of multiple roles, in productions such as "On the Outside Corner" with Historyonics and "Strands" with the Black Rep.

Our first "Labor of LOVE" Showcase series premiered in St. Louis, Missouri on Sunday, September 6, 2015 at The Hampton Inn, St. Louis/Westport in a St. Louis county, Maryland Heights, MO.
This series was created to promote businesses that catered to the needs of Unique People. It provided Live Entertainment that feed the Body, Mind & Soul. It was M.C'd by CUZ & Company's Musical Director, Jerry Richard. It introduced to St. Louis the talented vocalist, Ken Crombie with special guest, St. Louis' own, the beautiful Debra "FoFeet" Warren, author & spoken word artist.

***(Below is some highlights from that production)*** 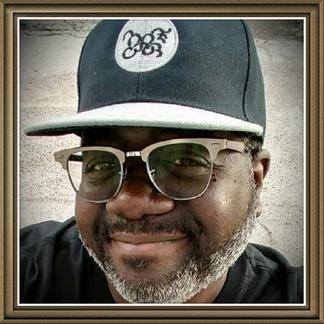 To commemorate the "Support the ARTS, CUZ U Can!" campaign, CUZ & Company is offering a CuzCo TShirt #4a. Details on how to purchace this awesome TShirt can be found on the "Products" page. More items for this campaign will be available soon!