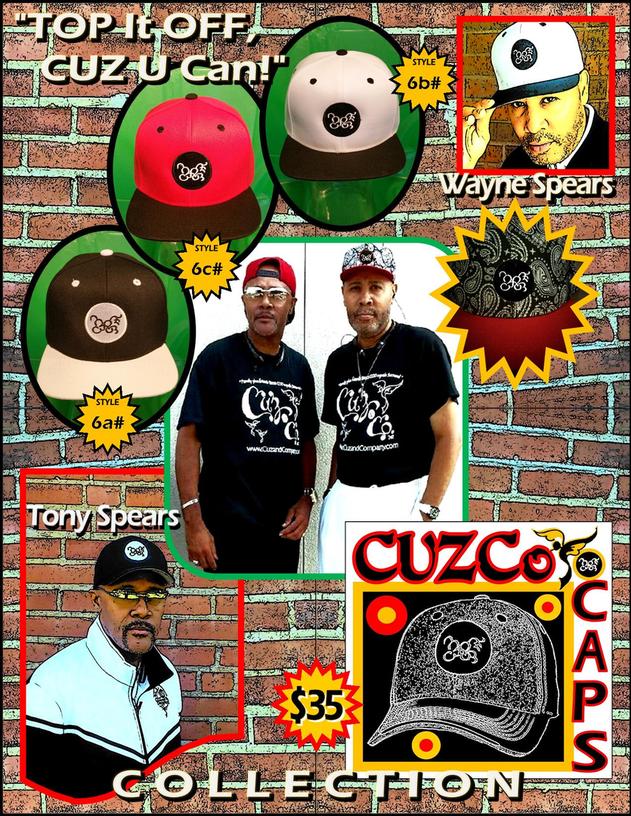 ​​​Cynthia Y. Thomas joined CUZ & Company in 2011 to serve as the company's VP of Operations.

​CC (nicknamed by her first cousin, Wayne) received her B.A. in Radio/TV from the Southern Illinois University – Carbondale (SIUC).  CC also has a Minor in Speech Communications.  These are the educational tools that she uses to articulate the necessary information to a wide range of diverse individuals.  CC helps to ensure that everyone working with CUZ & Company is on the same page, at the same time and working towards the same common goal.  ​

​In 1995, CC established her own Promotional Company called Topnotch Entertainment which is now a subsidiary of CUZ & Company.   Topnotch Entertainment has managed for a brief time some of the locally based gospel artists in Minneapolis, MN.  CC freely gives spiritual advice to youths that desire to enter into the demanding world of sports and entertainment.  Counseling youths is one of her  great passions.  She continues to develop creative ways of how to motivate their spirits and encourage them to strive for excellence. Her special love for sports has lead her to mentoring high school basketball players along with helping them to prepare for college.  A mission she embarked upon years ago through a program developed by the NCAA called First Team.  Through that program, she has counseled and guided some of the nation’s top prospective student-athletes concerning the recruitment and NCAA eligibility processes.  (CC) Cynthia’s extensive background in counseling, telecommunications and marketing will surely help to elevate CUZ & Company to the next level of Success! 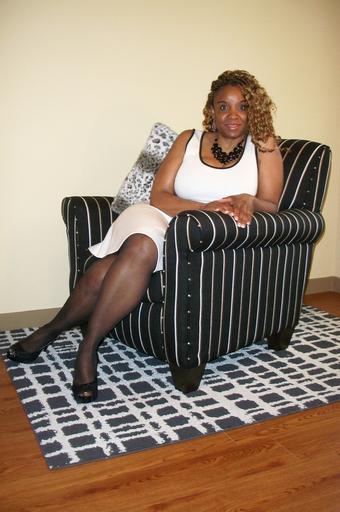 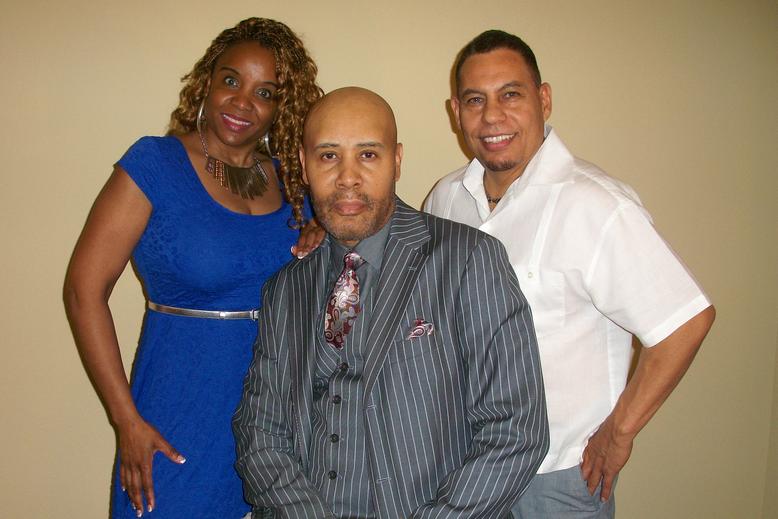 Art Borrego Jr. a.k.a. “Mario”, graduated from La Joya High School of La Joya, Texas in 1977. He attended the University of Texas, Pan American majoring in Business Administration and Fine Arts. He also served as a Communications Specialist in the United States Army.

Art arrived in Houston, TX to work as a hotel and restaurant manager for the Inter-Continental Hotels in 1985.

​For several years, he was an authorized franchisee of Jani-King, a Commercial Cleaning Service.

He was chairman of fundraisers for a local Houston organization called, T.I.M.A. (Truth In Multi-Cultural America). He implemented their toy drive for the Robert C. Tate Community Center of Richmond, Texas, for the Christmas holidays. 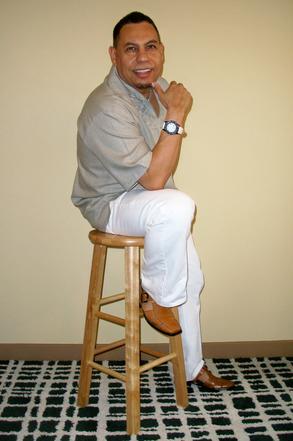 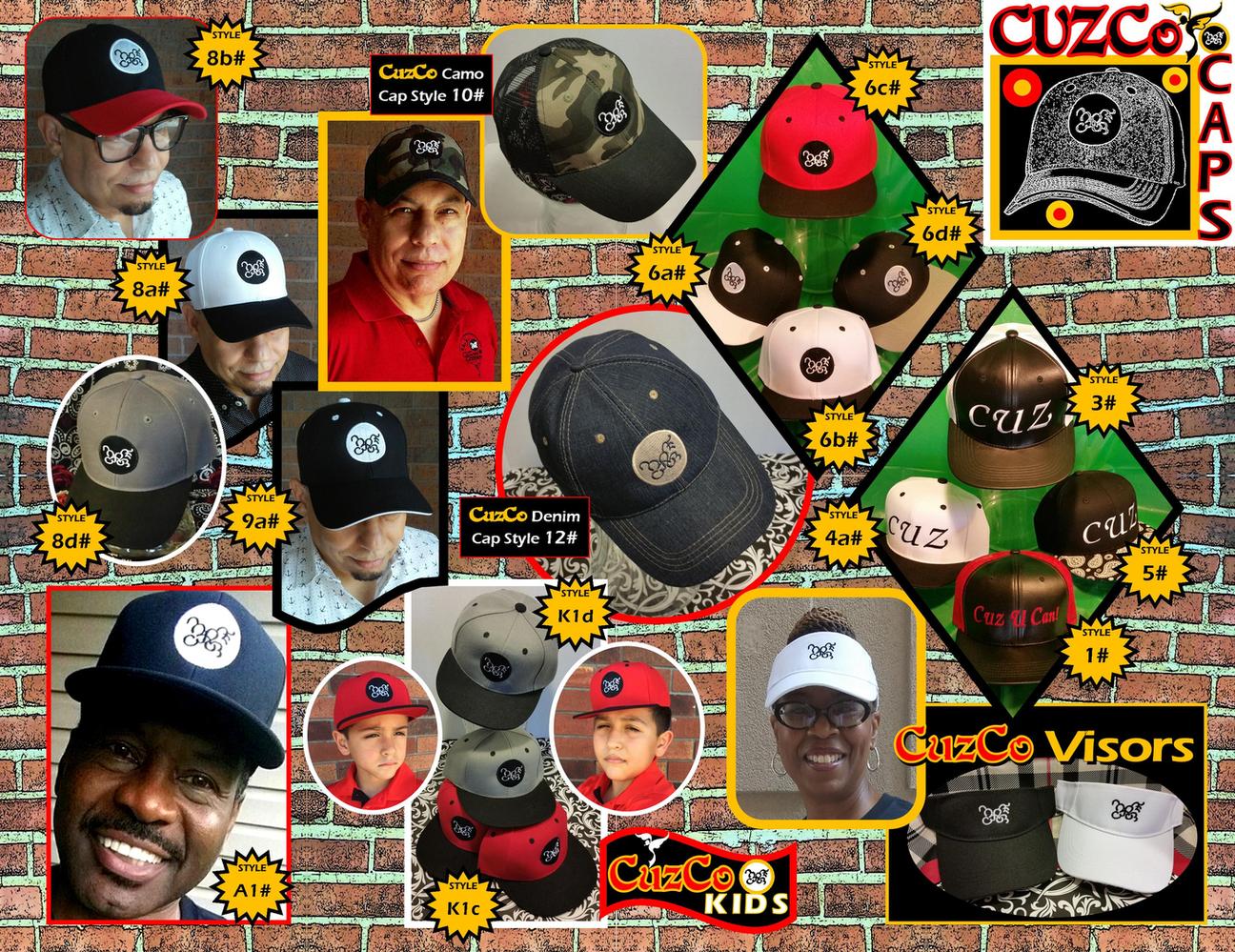 CUZ & Company is a movement created by GOD.  A movement to motivate family & friends to unite for the common cause of inspiring the good in GOD’s people.

CUZ & Company’s mascot is the Dove.  A bird symbolic of love & peace.

CUZ & Company has many branches that stretch in all directions to achieve our goals.

CUZ & Company is a non-profit business that operates like a ministry. A ministry that is guided by the spirit of GOD. And like any good ministry ordained by GOD, CUZ & Company will always be making evolutionary changes to meet the needs of the people. GOD is the CEO and we are the ambassadors of the CUZ & Company movement.
Art Borrego, Jr. a.k.a Mario  (Co-Founder & Production Manager; CEO of "Borrego & Associates 3")

“I can do all things through Christ which strengthens me”

Spears then created a hat line called, HatStyles by Spears in 1997. Styles by Spears was created by him that same year to do image consulting for companies in St. Louis, Missouri.

In 1993, Spears was approached by his best friend, Danny Clark to design costumes for a play.  Clark  was directing and starring in a reproduction of a classic play called AIN’T MISBEHAVIN’ at the Landers Theatre in Springfield, Missouri.  One theater critic wrote, “Wayne Spears’ flamboyant costumes help to capture the glowing ambiance of a Harlem nightclub.”  Clark, a former principal dancer of the famous Alvin Ailey Dance Troupe, was quoted by a local newspaper that, “the costume designer Wayne Spears is brilliant.”

Spears returned to St. Louis, Missouri in 1988 and with the assistance of Adrienne Williams, they produced a fashion production titled,   LOOKING GREAT IN ‘88.  It featured some of Spears’ fashion designs along with a new cosmetic line developed by AVON. He then toured with Shirley Polk Modeling Inc. and SSP Productions as a guest designer and fashion choreographer from 1989 to 1991.

​Art along with his company, Borrego & Associates 3 partnered with Wayne Spears to form CUZ & Company in 2001. He works on a variety of marketing research projects that help coordinate targeted promotional campaigns for CUZ & Company. His dynamic public relations skills mixed with his persistent sales and marketing abilities, along with his passionate commitment to community affairs make him a very important element to the success of CUZ & Company.

organization that serve the people.  With the help of our friends in the Entertainment & Business Industries,

CUZ & Company will create quality productions & products to enhance the lives of the people we touch!”

IN THE SPOTLIGHT AT MUDDIE WATERS debuted on September 21, 2003 featuring EMI Gospel recording artist, Lamar  Campbell, contemporary gospel songwriter, composer, singer, musician and the leader of Spirit of Praise.  This sold out production also featured the talents of singer, songwriter Jerry Richard of Tru Sol and composer, piano vocalist Annetta  Haynes.  The IN THE SPOTLIGHT AT MUDDIE WATERS series was created by Spears as a showcase production for a premiere coffeehouse in Pearland, Texas called MUDDIE WATERS.  The finale show of this series on February 22, 2004, raised funds for the GRIP Organization.  The GRIP Organization provides health needs and support to children rape  victims of South Africa.  That show also featured Jerry Richard and Annetta Haynes along with the gifted Marie Brown, author/poet/songwriter and Cherokee-D, a well known Houston poet.

​Spears took a sabbatical from the world of fashion in 1999.  He then moved to Houston, Texas to pursue a career in his other passion, Interior Decorating.  After briefly working for a company as an Interior Design Consultant, he partnered with Art Borrego, Jr. to form the company, CUZ & Company.  This partnership produced six consecutive productions, five being called, AN EVENING WITH A. C. COLEMAN and the sixth, REFLECTIONS, THE JOURNEY OF A REAL WOMAN, a Mother’s Day Tribute.  These variety shows presented the talents of some of Houston’s finest entertainers.

Spears was featured in the Sept. 24, 1985 edition of SOAP OPERA DIGEST for creating a collection for actress Stephanie E. Williams of FAME, Y&R, DYNASTY, GENERAL HOSPITAL and ONE LIFE TO LIVE.  He moved to North Hollywood, California in 1986 to form a designing company with Renay Walker called Finishing Touches III, Inc.  From this  collaboration, he designed an evening gown for International recording artist, Deniece Williams.

WAYNE SPEARS, a native of St. Louis, Missouri, started his career in fashion production officially in 1979.  Spears formed a small company of fashion models and performers to produce a series of fashion productions call, FASHION  FANTASY.  A local newspaper stated, “There is something new in the local fashion show circuit; a small company  of   performers marking their climb in public attention with Roman numerals.  They are called, Wayne’s Jheri People and Company, with Wayne Spears as the producer, director and choreographer.”  FASHION FANTASY I - III, FASHION FANTASY PLUS and FAME, FORTUNE & FUN, which featured a soap opera star from CBS’ THE YOUNG & THE RESTLESS, successful raised funds for various charities. 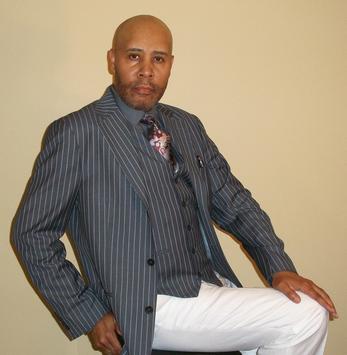 To utilize the many skills and passions of Spears, CUZ & COMPANY has established these divisions:

CUZ & COMPANY PUBLICATIONS and the C&C ENSEMBLE, a group of independent artists

united as one to promote awareness by entertainment.
CUZCO Image Consultants, Styles by Spears and C3 Graphic Designs were all established in 2003.
The slogan created by Spears sums up his vision,
“Family plus friends times GOD equals Success!”

On December 12, 2002, the production: IN THE SPOTLIGHT AT THE MANOR was created as a benefit show for the AIDS Foundation of Houston.  This project generated over $15,000 in gifts and donations, thanks to the assistance of CUZ & Company’s fundraiser chairwoman, Mary Lou Morales.

​Tony Spears, the brother of Creative Director, Wayne Spears is helping to establish a strong market for the CUZ & Company products in his hometown, St. Louis, Missouri.  The "New" CUZCo CAPS merchandise is one of his favorite items of the CUZ & Company brand and his area of expertise.

***Tony is wearing the CuzCo (Flexfit) Cap Style A1# 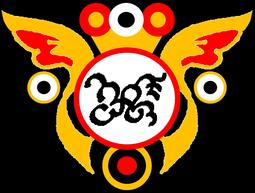 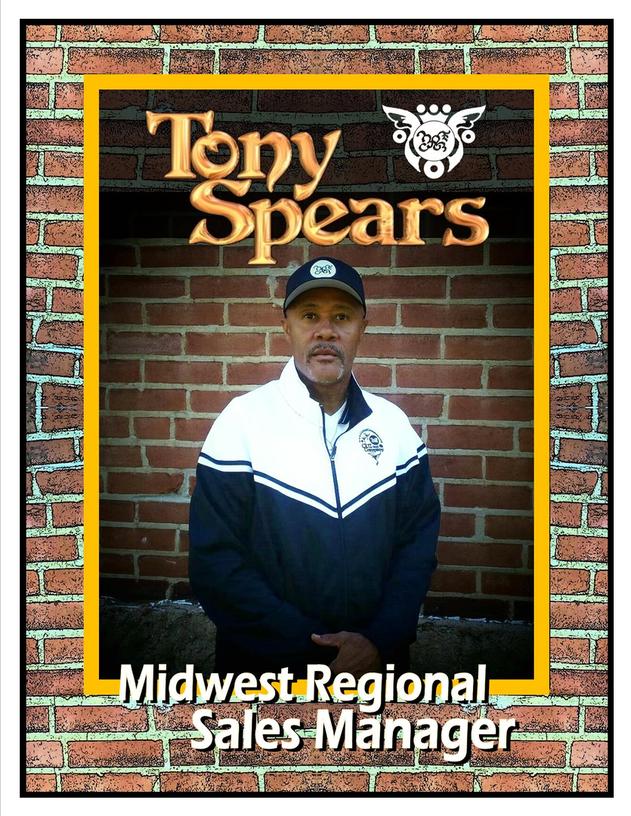 CUZ & Company needs YOU, our Family and Friends to help US support, inspire, uplift and promote our Artists in their "ARTistry"!  Creating is a GIFT from the Creator!  We as a people need to start supporting and praying for our local Artists!  Our Humanity depends upon it!

​CUZ & Company will be producing small, intimate "Cabaret" style shows to spotlight Artists in the community!  By ordering and purchasing our "Support the ARTs, CUZ U Can!" products, you help US to produce and showcase local Artists!  ***"Family plus friends times GOD equals Success!"***

(COMING SOON) Our production, "In the Spotlight with CUZ & Company" will STIMULATE & MOTIVATE the Artist in all of US. Information on how to purchase and pre-order your "Support the ARTs, CUZ U Can!" TShirt Style 4a is located at the bottom of the "Products" page. 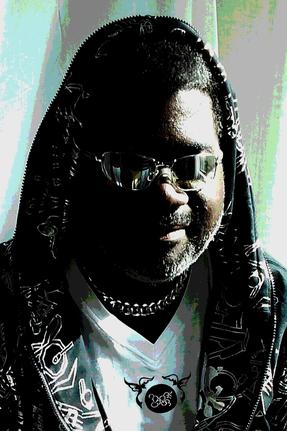 CuzCo Visors for $15 each: Available in All Black &  All White, both with adjustable backs.

More Items available and instructions on how to purchase located at the bottom of the "Products" page.